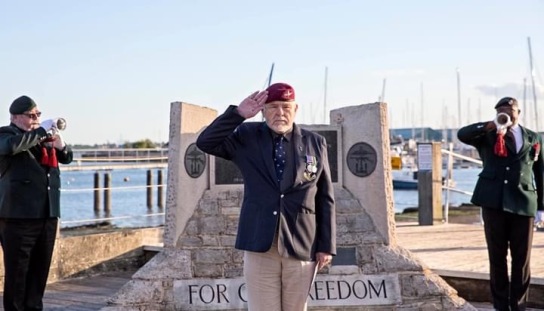 A short ceremony took place at the Warsash D Day Memorial to commemorate the exact time, 8pm on the 5th of June 76 years ago, that some of our troops departed from Warsash for the D Day beaches in northern France It was very moving, especially for thodse whose fathers were Normandy Veterans. We will remember them . . . .

Gosport, just south of Fareham, played a very large part in the embarkation/disembarkation at that time. One of the five areas in Gosport was Beach Street down by what is now Gosport ferry and where the floating bridge used to land in peacetime. You can see the remains of a Horsa glider and an Alligator amphibious vehicle returning from France. Note that the backgrounds were censored at the time.

View all posts by farehamvannestwin